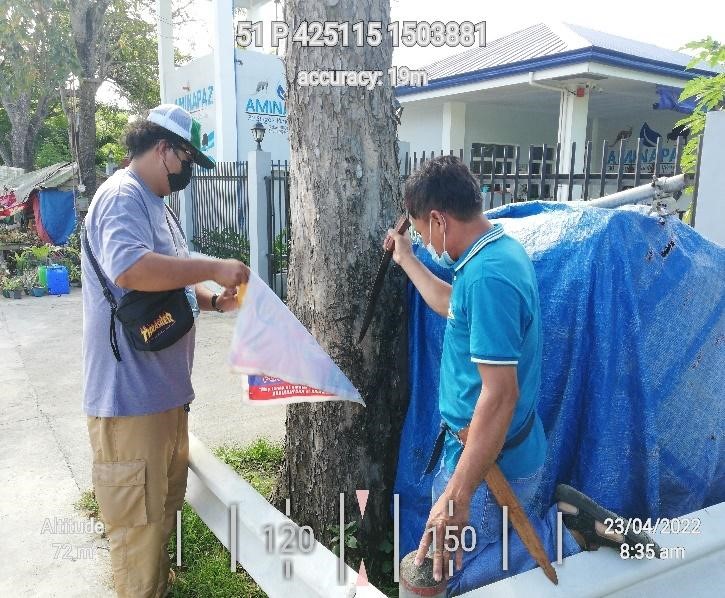 Under Section 9 of the Republic Act (RA) No.9006 or the Fair Election Act of 2001, the posting of campaign materials may only be allowed in common poster areas and in public places such as plazas, markets, barangay centers, and the like.  In order to intensify the promotion of environmentally-conscious election campaign materials, the Monitoring and Enforcement Section (MES) personnel of CENRO Catanauan, Quezon conducted coordination with the Commission on Election (COMELEC), Department of Interior and Local Government (DILG) and other concerned government agencies relative to the conduct of “OPLAN BAKLAS”, an operation to be conducted to ensure that the guidance and instructions cited in Memorandum dated April 8, 2022 of Atty. Juan Miguel T. Cuna, CESO I, USEC for Field Operations and Environment were properly implemented.

In order to ensure that the election will follow Section 3 of Republic Act No. 3571 dated June 21, 1963 prohibiting the cutting, destroying or injuring of planted of growing trees, flowering plants, and shrubs or plants of scenic value along public roads, in plazas, parks, school premises or in any other public pleasure ground and to enforce the provisions of RA Nos. 9006 and 9003 dated January 26, 2001 on which to reduce the volume of wastes during the election and post-election periods, and encourage the use of recyclable, reusable and environment-friendly materials, the different Patrol Sectors of this Office conducted dialogue with the eight (8) municipalities within the administrative jurisdiction of CENRO Catanauan, Quezon.  During the coordination, the process of the said “OPLAN BAKLAS '' were discussed as well as its objectives.

Then on April 23, 2022, Patrol Sector assigned at Catanauan, Quezon together with the representatives of COMELEC participated during the “OPLAN BAKLAS” within the municipality of Catanauan, Quezon along the national highway.  A total of more or less 2.0 kilos of election paraphernalia were dismantled/removed.  The said posters/tarpaulins were deposited in the CENR Office.