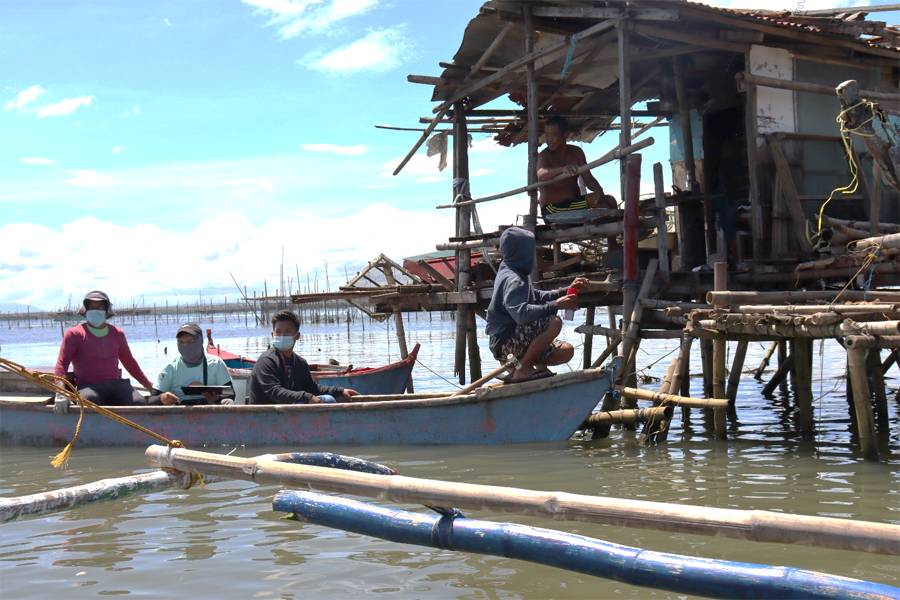 Per data given by the respective local government units prior to the actual marking, there are a total of 370 illegal aquaculture structures in Cavite waters: 271 in Cavite City, 97 in Kawit, and 2 in Noveleta. However, per actual marking conducted from September 15-17, 2021, 492 structures had been marked: 333 in Cavite City, and 159 total in Kawit and Noveleta. Also, a team member said they are not yet done with the marking.

One of the members of the marking team said there could possibly be errors in the marking considering that it was difficult to determine the borders of each structure due to the waterbody. Another member added that they have no baseline information to rely on as the said structures neither have permits nor record with the concerned local government units.

The marking team will resume their activities on September 20, 2021. The actual demolition, which was earlier scheduled on the said date, will be conducted soon after marking is completed.

Early in July 2021, Environment Secretary Roy A. Cimatu ordered DENR CALABARZON to regulate illegal aquaculture structures in Manila Bay, in view of the huge amount of bamboo poles from fish pens, fish cages, and baklads/sapras, which were washed from Cavite waters into the shore of Manila Bay due to the recent southwest monsoon.###