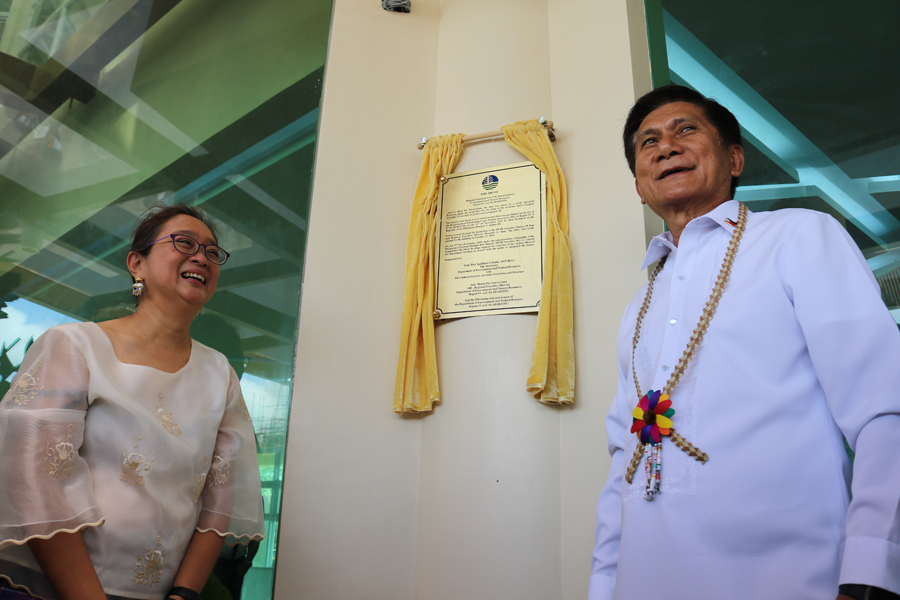 The New Building of DENR CALABARZON, the “Dicot”, was inaugurated last January 25, 2019. The new building can be found near Mayapa Exit, Mayaba-Canlubang Cadre Road, Brgy, Mayapa, Calamba City.  The said event was attended by Secretary Roy A. Cimatu, along with the Undersecretaries, Assistant Secretaries, and Directors of other attached agencies.

An exhibit presenting the Tayo ang Kalikasan campaign, Protected Areas, and Community-Based Forest Management showcasing the natural produce and sustainable products of the provinces in the Region was also opened for the public. A tree planting was also done by Secretary Cimatu in the vicinity of the building.

DENR CALABARZON OIC, Regional Executive Director, Atty. Maria Paz G. Luna, called the new building the “Dicot” which is short for Dicotyledon. According to RED Luna the Dicotyledon is “the first two leaves of a newly sprouted flowering plant. It is the inspiration for the shape of the building and it is a constant reminder of our duty to protect and propagate life”.

Meanwhile, Cimatu compared the shape of the Dicot building, which looks like an infinity sign from above, to the unity of the agency. Cimatu also reminded the audience the importance of the implementation of extensive cleanup of the Manila Bay coastline which stretches across the province of Cavite, Metro Manila, Bulacan, and Pampanga.

The DENR is urging the public to help and support the agency to its initiative to fight the problem on solid wastes and ENR related cases. For citizens who would like to report or share their concerns, you may contact DENR at 09456215007 / 09083340224 or message DENR CALABARZON Facebook page at DENR4AOfficial. ###