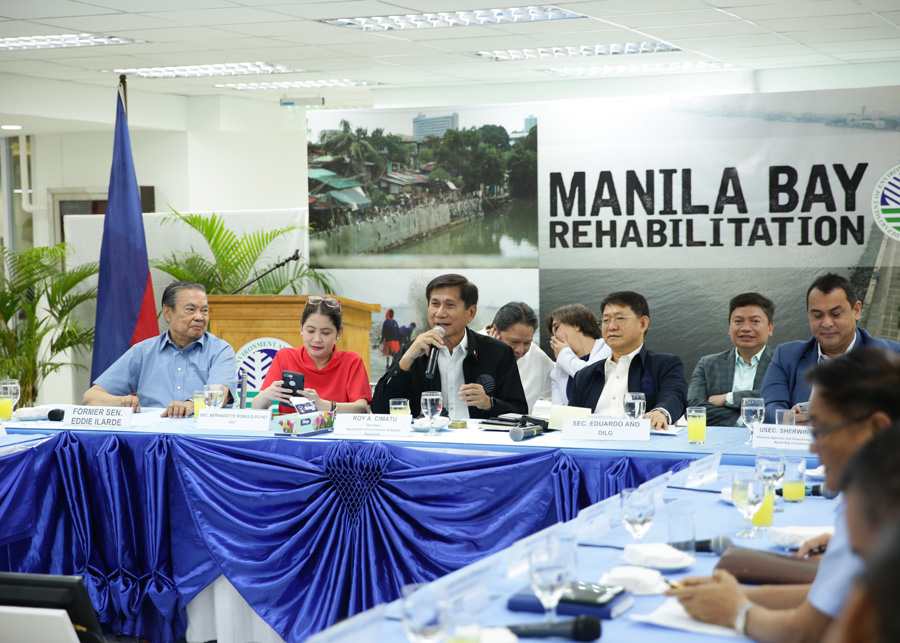 DENR Secretary Roy A. Cimatu describes the Manila Bay rehabilitation as his “most challenging” mission yet, but considers it not a mission impossible with the effort and full support of the 12 Manila Bay mandamus agencies and all stakeholders. Cimatu discussed the approved three-phase Manila Bay rehabilitation plan in a recent meeting with Manila Bay stakeholders. Cimatu is joined in the panel (L-R): former Senator Eddie Ilarde, Tourism Secretary Berna Romulo-Puyat, Interior and Local Government Secretary Eduardo Año, DENR Assistant Secretary for Anti-Corruption Atty. Daniel Darius Nicer and DENR Undersecretary for Attached Agencies and Supervising Undersecretary for Manila Bay Coordinating Office Sherwin Rigor. The rehabilitation of Manila Bay will be formally launched on January 27 at the baywalk along Roxas Boulevard in Manila.###