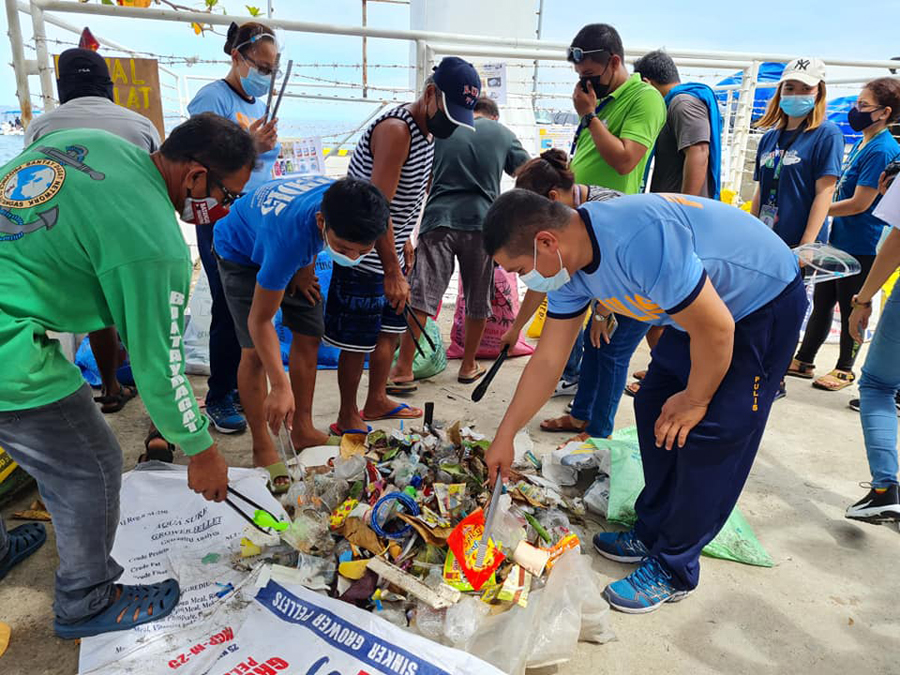 LOOK: The DENR CALABARZON and CENRO Lipa together with its Green Fins Members - Batangas Community Divers Seal, Inc. as NGO partner of DENR, Peoples Organization, PNP and the Local Government of Mabini, Batangas conducted a Coastal Clean Up and Scubasurero at Balayan Bay, Mabini, Batangas.

A total of 166 kg of wastes and 38 pieces of facemasks were collected by 77 volunteers. Collected wastes will be transported to the Materials Recovery Facility of Mabini then to the Sanitary Landfill of Batangas City for proper disposal.

Meanwhile, Atty. Jinky Luistro,  Municipal Administrative Officer of Mabini, Batangas shared that the province is part of the Verde Island Passage where diverse marine species could be found. Atty. Luistro also challenged the people of Mabini for the conservation of their rich marine biodiversity. "People always claim that we are the home of Verde Island Passage but ang tanong ko po ay may ginagawa ba sila at pinaninindigan ito in words and in deed?", she said as she encourages the people to participate in marine conservation initiatives.

Coral Triangle is one of the three great ecological complexes on the planet, together with the Congo Basin and the Amazon Forest. In Southeast Asia, Philippines is among the 6 member countries of Coral Triangle.