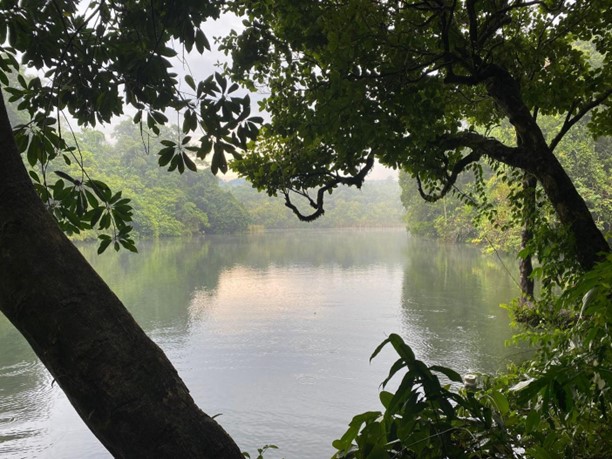 Thru the Conservation and Development Section, the Community Environment and Natural Resources Office (CENRO) Tayabas prepares Dagatan Lake for establishment as Critical Habitat in accordance with Republic Act No. 7586 or the National Integrated Protected Areas System (NIPAS) Act of 1992 and Republic Act No. 9147 or the Wildlife Resources Conservation and Protection Act of 2001.

Dagatan Lake is a two-hectare lake that lies in the secluded area of Sitio Busal, Brgy. Palale, Tayabas City, and is a home for some important species of flora and fauna. During the assessment conducted in 2011, Philippine Duck (Anas luzonica) was found in the area. Philippine Duck is listed in the International Union for Conservation of Nature (IUCN) Red List of Threatened Species in 2011 as Vulnerable, hence, the recommendation for the lake to be established as critical habitat. It is purposely to protect the wildlife and its habitat, along with other abundant species of fish, mollusks, and birds found in the area.

With the help of the Local Government Unit (LGU) of Tayabas City through its City Environment and Natural Resources Office and Barangay LGU of Ibabang Palale, an assessment was conducted in the 3rd week of September 2022. The team was able to gather pertinent documentation and proof that the lake has been inhabited by this wildlife, needed as one of the bases for its establishment.

Population estimates of threatened species found in the area, assessment of other wildlife resources present, status of vegetation and ecosystem types, area occupants/settlers, man-made pressures, threats, land-uses and tenurial instruments, management issues and interventions presence, and Focus Group Discussion (FGD) are some of the other initial activities undertaken by the team.

Critical Habitats play a special role as host to plants and animals. The designation of critical habitats is stated in RA 9147 under Article II, Section 25 which provides for the conservation and protection of wildlife resources and their habitats. Critical habitats are outside protected areas under RA 7586 where threatened species are found, and shall be protected, in coordination with the local government units and other concerned groups, from exploitation and destruction.

CENRO Tayabas is set to conduct community consultation with the local stakeholders and concerned LGUs on the results of the assessment to ensure their support in case Dagatan Lake is found suitable for establishment as critical habitat.