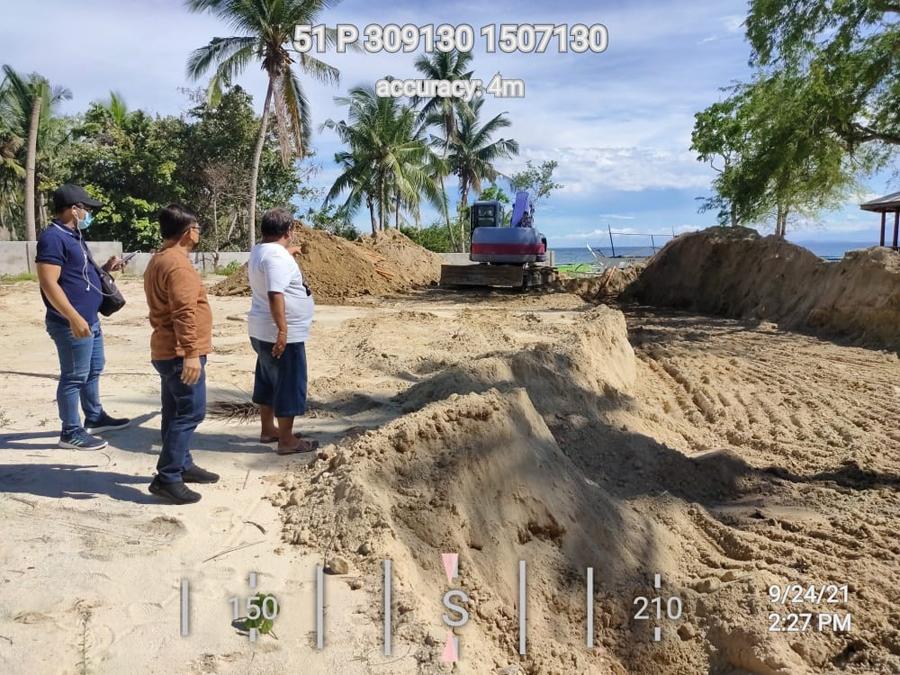 Sawang, Lobo, Batangas – DENR CENRO Lipa composite team headed by OIC, CENR Officer Allan Willard M. Estillore jointly conducted with the Local Government Unit (LGU) of Lobo, Batangas, an investigation cum monitoring and enforcement activity to address the reported illegal structures built along the natural waterways of the swamp or wetland areas in Brgy. Sawang, Lobo. The activity was part of the continuing response and action of the Office in relation to the urgent concern of the barangay residents that was featured in the news broadcast of ABS-CBN TV Patrol wherein CENRO Estillore was interviewed on September 20, 2021 about the unusual flooding experienced in the area during the recent Typhoon Jolina. The affected residents and the local officials identified the illegal structures which caused the waterways to overflow and eventually flooded the adjacent low lying areas.

Actual demarcation on the ground was conducted to physically mark and delineate the portions of the wetland affected by the illegal dumping of soil which was already being utilized as vehicle parking area and ordered the same to be removed and to restore the waterways to its natural course. The solicited support and cooperation from the LGU of Lobo and the Barangay Officials of Sawang resulted in the strong resolve and immediate action to implement the removal of the dumped earth materials and the restoration of the affected portions thereof into its original form as a swamp or wetland area. Further, the concrete walls and box culvert constructed along the portion of the natural waterways which is part of the wetland was already dismantled. The LGU of Lobo has also made the commitment to undertake possible engineering interventions along the waterways to address siltation and avert flooding.

The DENR CENRO Lipa will continuously monitor the area in close coordination with the LGU of Lobo until such time that the dismantling of unauthorized structures and restoration of the affected areas of the easement and wetland have been completed. ###