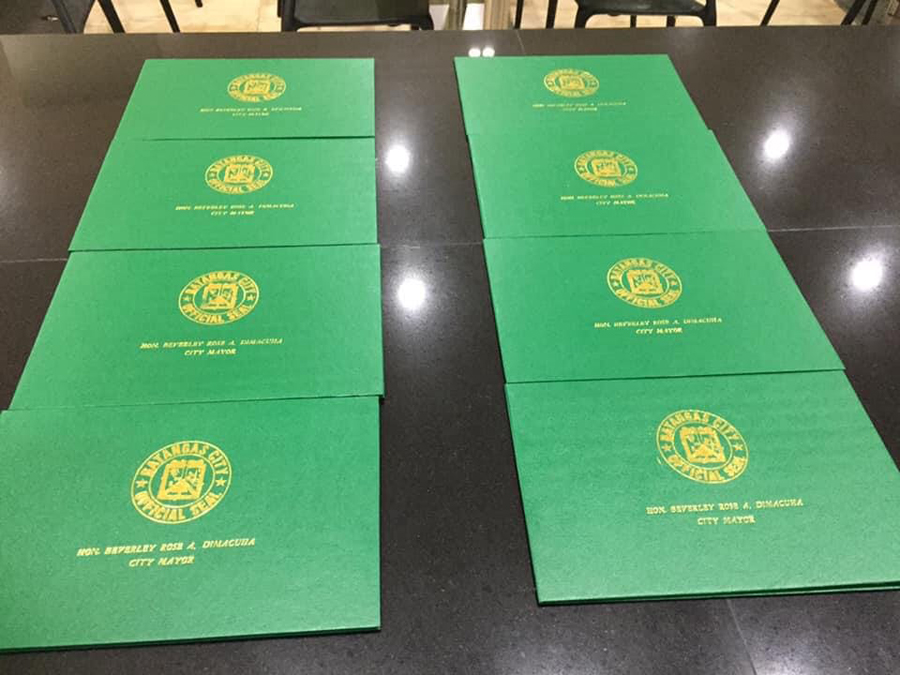 September 3, 2021 –The Office of the DENR CENRO Lipa in partnership with the Local Government of Batangas City under the leadership of Mayor Beverley Rose Dimacuha-Mariňo through the City ENRO – Land Management Office started the initial drive on the distribution of land titles in celebration of the Handog Titulo Month which is celebrated every September.

Awarding of land titles was given to two (2) recipients last August 27, 2021 as an initial campaign of the Public Land Titling Program being implemented jointly with the City. The partnership on Public Land Titling Program between DENR CENRO Lipa and LGU of Batangas City that took into effect on 2014 upon the signing of the Memorandum of Partnership Agreement (MOPA) is one of the most successful partnerships of the DENR in support of the government’s land titling program. Since then, a total of 179 land titles were processed and awarded under the partnership. Among the other successful LGU partnerships with the DENR are the municipalities of Mabini, Cuenca, Malvar, and Sto. Tomas City, Batangas.

Partnerships on Public Land Titling Program aims to fast-track the disposition of untitled lots and processing of public land titles through residential and agricultural free patents to provide security of land tenure to land owners and spur economic activity from land related transactions.

Under the partnership program, the Local Government Unit through the City/Municipal Assessor’s Office or the City/Municipal Environment and Natural Resources Office will have the responsibility of initially accepting public land titling applications and have them processed by the DENR for evaluation and approval.

Distribution of land titles under the Handog Titulo program is being continuously conducted by the DENR in partnership with the different LGUs.

For interested individuals, you may directly coordinate with your nearest DENR Office. DENR CALABARZON is urging the public to report Environment and Natural Resources-related concerns via hotline 8888,  sms to 09561825774/ 09198744369, email to This email address is being protected from spambots. You need JavaScript enabled to view it. , or send photos, videos and other information via official Facebook Page of DENR CALABARZON: https://www.facebook.com/DENR4AOfficial/  ###