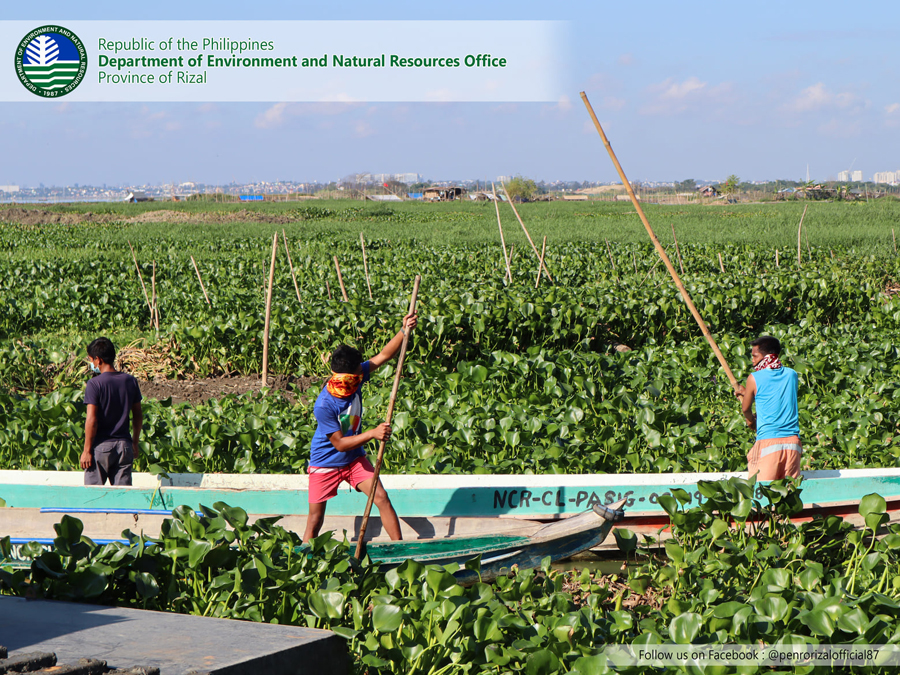 ‘’Dapat makinabang lahat dito sa programa at hindi naman api yung mga fisherfolks. Kasi ang target talaga natin dito is to help fisherfolks through this project. Then yung process, we will come up with the flow, time and motion. Dapat alam natin yung mga initial data as basis. During meeting we will come up with common data na ito ang susundin natin’’ Mercado said as he stressed the objectives of the project, which also complement on actions for Manila Bay Rehabilitation in the province.

PENRO Rizal tapped LAMCO Cooperative headed by Mr. Mike Salgado as partner fisherfolks which will be in-charge in removing water hyacinths along Laguna Lake as their alternative livelihood. During the dry-run, officials met with Head of LAMCO to discuss the project as well as elaborate details. Under the project, fisherfolks will collect water hyacinth using their boat outriggers and place them in sacks. The cash incentives will be based on the weight of the water hyacinth collected.

‘’𝘌𝘪𝘤𝘩𝘩𝘰𝘳𝘯𝘪𝘢 𝘤𝘳𝘢𝘴𝘴𝘪𝘱𝘦𝘴’’ or commonly known as Water Hyacinth allow disease spreading species of mosquitoes breed freely in the static waters. The decomposition of the dead plants results in an obnoxious smell, decreases the clarity of water, oxygen depletion and fish kills, making it unsuitable for human use. The proliferation of the invasive water species is known to cause major obstruction to smooth flow of navigation along waterways.

The livelihood project is still part of the Manila Bay Rehabilitation Project, considering that Laguna Lake as one of the bay’s biggest tributaries.