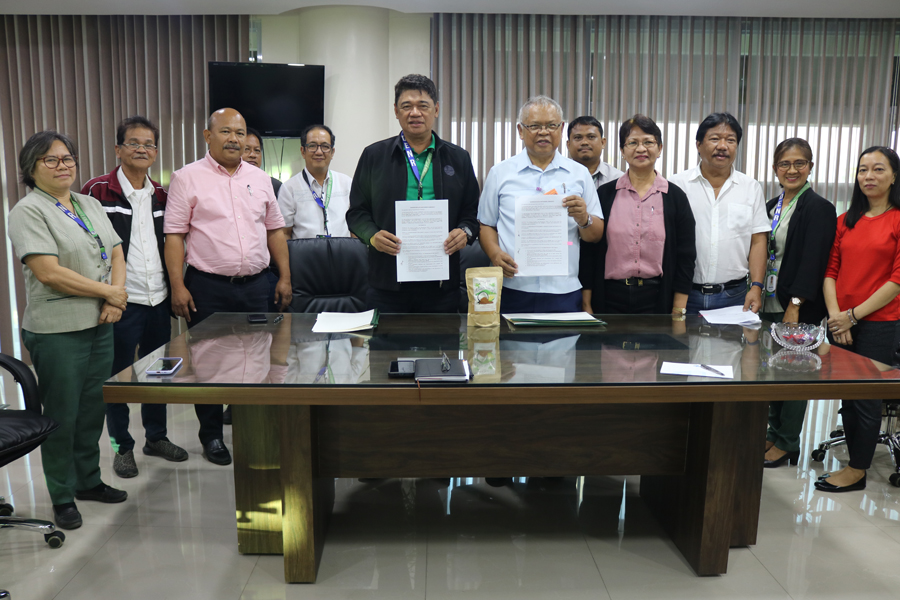 Calamba City -- The Department of Environment and Natural Resources (DENR) CALABARZON formalized its partnership with the Municipal Government of Alabat, Quezon for the administration and management of land covering the island municipality on February 17, 2020.

As stipulated in the signed Memorandum of Partnership Agreement (MOPA), the DENR will be responsible for the conduct of land-titling activities within the said municipality; provision of technical assistance and necessary trainings, provision of the pertinent electronic and paper-based records and data, including maps and survey records, and provision of monitoring and quick response assistance to the said LGU in all phases of the titling activities.

The department is also given the power to authorize the LGU personnel to perform DENR-mandated duties related to lands, subject to existing rules and regulations. As part of its commitment to improve the land administration and management within its jurisdiction, the Municipal Government of Alabat, Quezon will establish a Land Management Office in the municipality. The said LGU will assign officials and personnel to the said office.

The municipal government will also be responsible for the appointment of a permanent focal person to act as liaison between the two parties; creation and activation of necessary committees and teams for the implementation of the agreement; conduct of information drives; spearheading of the implementation of agreed activities; support of the institutionalization and mainstreaming of land administration and management policies, processes and procedure; and provision of after-titling support for the beneficiaries.

Most of the public lands in the municipality of Alabat classified as “Alienable and Disposable (A&D)” have not yet been awarded to its respective occupants per Commonwealth Act No. 141, as amended. “This will be historic”, Mayor Fernando L. Mesa of Alabat, Quezon said, referring to the recently concluded MOPA signing.

The activities to be conducted in the next days are the following: publication and information campaign on the succeeding activities, training and capacitation of municipal personnel, and simulation of Systematic Adjudication Approach in land disposition per Republic Act No. 730.

Land Administration and Management is one of the flagship programs of the DENR.### 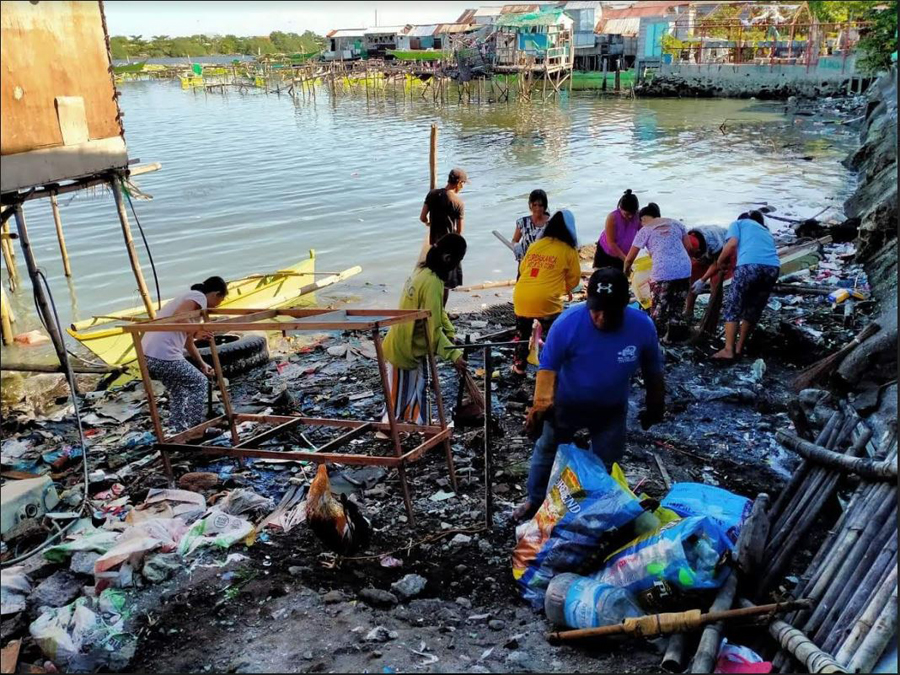 After four months of massive efforts, all the submerged garbage along the waterways of 28 barangays in Cavite were already removed, a report from the Department of Environment and Natural Resources (DENR) CALABARZON says.

The removal of submerged garbage is a sub-project under the first phase of the DENR’s Manila Bay Rehabilitation Project a.k.a. “Battle for Manila Bay”. The sub-project started in October 2019 and was completed in January 2020.

The DENR allotted PHP1M budget for each of the 28 barangays. PHP600K of which was allocated for the clean-up of waterways and information drive, while the remaining PHP400K was downloaded to the concerned local government units for the hauling and transportation of collected wastes to the sanitary landfills. River marshals or “Bantay-Linis Ilog” were also hired from among the locals to conduct the daily clean-up activities and assess the wastewater being discharged to the waterways.

Other activities included in the sub-project were conduct of communication, education and public awareness campaigns on the Ecological Solid Waste Management Act; conduct of livelihood training on the conversion of solid waste into income-generating projects including composting and vertical gardening; fabrication and installation of informative signages; and monitoring of unlawful acts like disposal of wastes into waterways.

DENR Manila Bay Coordinating Office - Cavite Site Manager, Judaline Fabro said some garbage coming from other parts of the Manila Bay region accumulate in the 28 barangays whenever high tide occurs. “Nonetheless, the concerned barangay government units pledged to continue the clean-up even after the end of their contract with the DENR”, she added. ###

A total of Php 13,279.80 Worth of Forest Products Apprehended at Calauag, Quezon 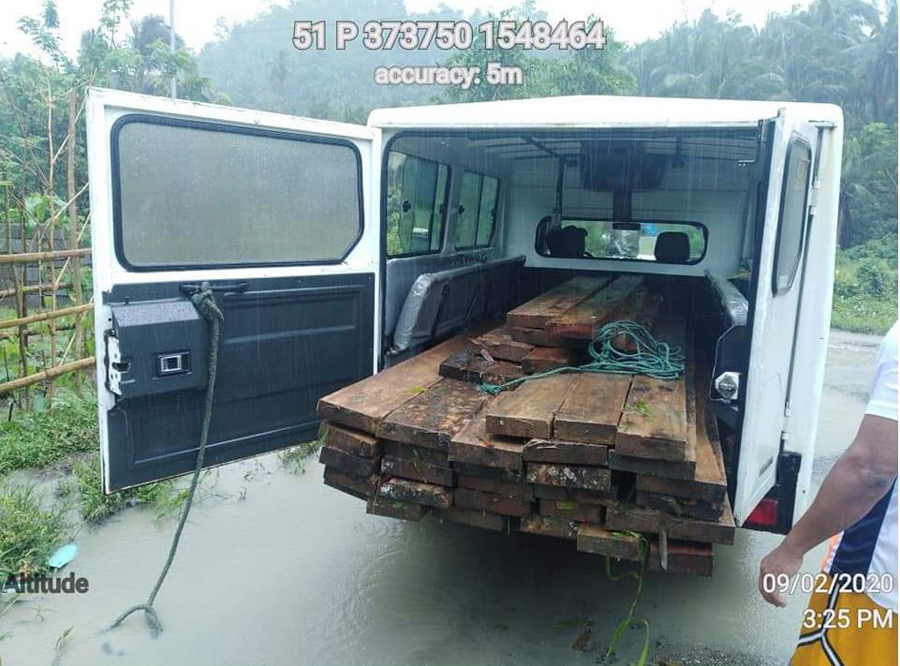 A total number of 39 pieces of sawn lumber was apprehended during the rainy afternoon of February 9, 2020, at the bank of Kailogan River, Brgy. Sta. Catallina, Atimonan, Quezon. The lumber was identified as Red and White Lauan with an approximate volume of 442 board feet. The apprehension was headed by CENRO Calauag personnel, together with the Sanguniang Barangay and Kapit Bisig Farmers Association Inc. (KBFAI).

The apprehended forest products were proclaimed as abandoned and are currently in custody of CENRO Calauag for safekeeping. The lumber was estimated to be Php Php 13,279.80.

An Administrative Confiscation Proceedings will be headed by CENRO Calauag for appropriate storage and disposal of the forest products.

Anyone who will be caught cutting and transporting forest products without the necessary permits will be charged for violation of Section 77 of R.A. 7161, formerly Section 68, PD 705, as amended.

DENR CALABARZON is urging the public to report Environment and Natural Resources-related, especially illegal logging operation cases via hotline 8888,  sms to +639456215007/ +639083340224, email to This email address is being protected from spambots. You need JavaScript enabled to view it. or send us photos, videos and other information via https://www.facebook.com/DENR4AOfficial/  ### 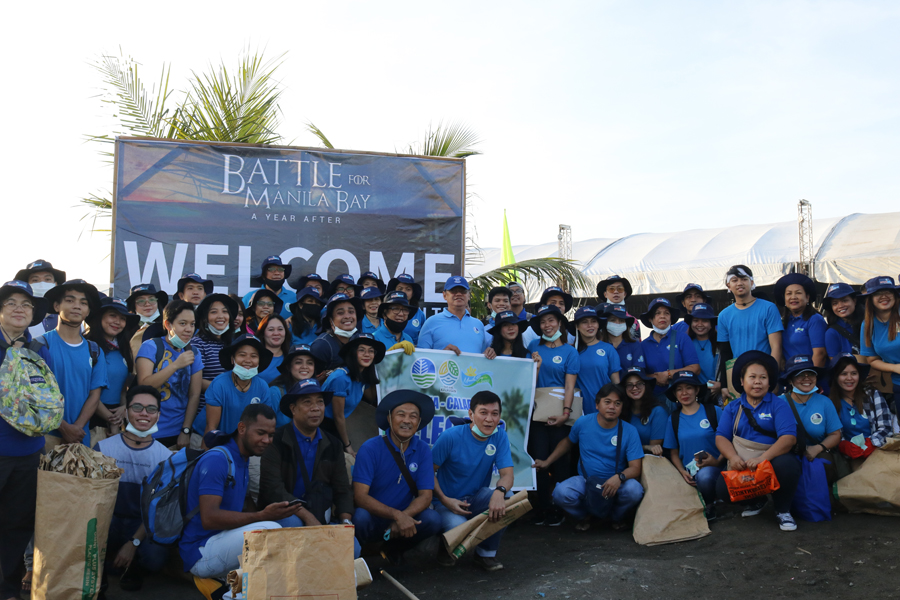 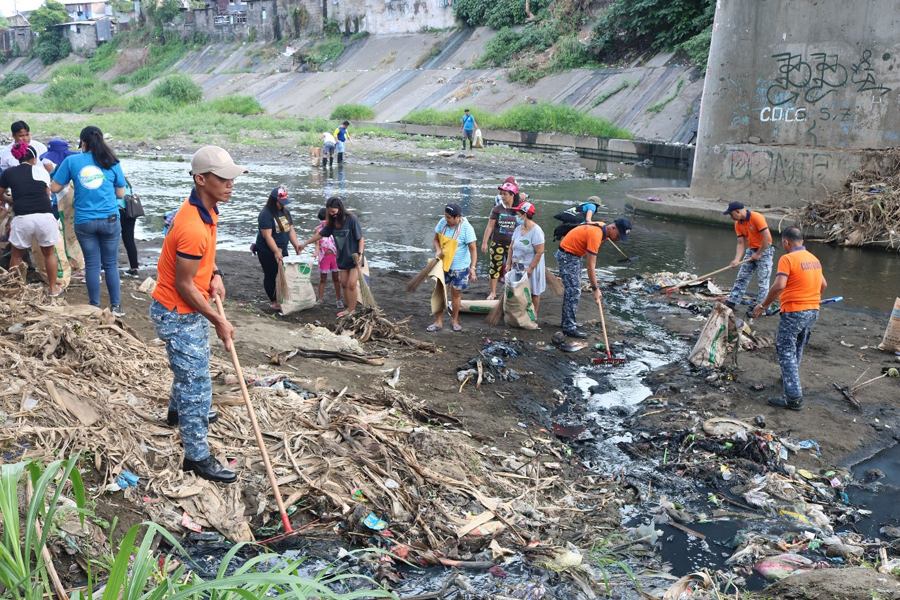