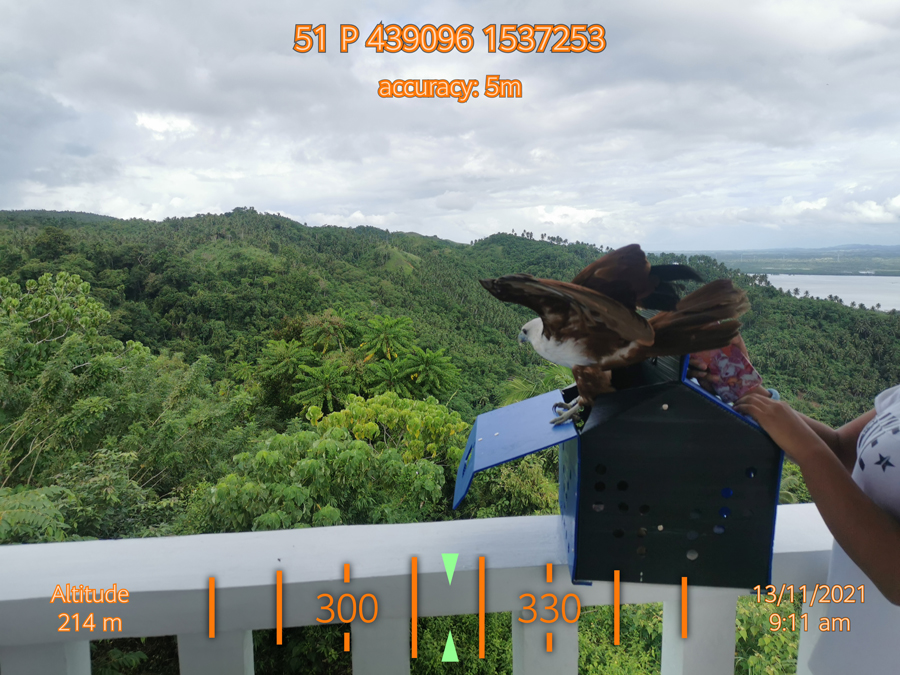 Sixty-seven wildlife species were rehabilitated and released by the DENR CALABARZON Regional Wildlife Rescue Center (RWRC) in four Protected Areas in Quezon for the months of October and November.

Prior the series of return to wild activities, the RWRC aimed to release 69 wildlife which underwent a week of rehabilitation. However, upon examination, one Philippine Scops Owl (Otus megalotis) was declared unfit for release while one Brown Rat Snake (Coleognathus erythrurus) died before rehabilitation.

“Before we release a wildlife to its natural habitat, we conduct a rehabilitation program where we acquaint the wildlife into a larger enclosure mimicked to its natural habitat. We also provide nourishment akin to its wild diet. This helps increase their chances of survival once they are back in the wild”, said by For. Raymund F. Mercurio, In-Charge of RWRC.

“In total, we have conducted eight release activities for the last quarter composed of two soft releases and six hard releases in Mts. Banahaw-San Cristobal Protected Landscape, Quezon Protected Landscape, Binahaan River Watershed Forest Reserve, and Maulawin Spring Protected Landscape. The apparent behavioral response of wildlife during the rehabilitation program determined the type of release conducted. Prior to the return to wild activities, we ensure that all animals are fit for release, hence we secure a fit-to-release certificate from the Provincial Veterinary Office”, Conservation and Development Division OIC-Chief Ramil J. Gutierrez shared.

A total of fifty-two (52) Avian, two (2) Mammals, and thirteen (13) Reptiles were released in four Protected Areas in Quezon. To ascertain faster adaptation of the wildlife to its new environment, the Wildlife Release Team conducted the release during their peak activity time. The Philippine Scops Owl and Asian Palm Civet, which are known nocturnal wildlife, were released at night, while the Wildlife Release Team released the remaining wildlife in the morning between 8:00-10:00 a.m.

A series of Communication, Education, and Public Awareness (CEPA) were also initiated by the Wildlife Release Team to raise the awareness of the surrounding communities on the importance of wildlife in the ecosystem. Republic Act 9147 (Wildlife Resources Conservation and Protection Act 2001), particularly the creation and mandate of the RWRC; Rehabilitation program and pre & post-release procedures, and some reminders and contact details in case of finding injured wildlife were discussed during the series of CEPA.

The release sites will be closely monitored by Forest Rangers and concerned Protected Area Management Offices of MBSCPL, BRFWR, QPL, and MSPL as part of the post-monitoring procedure. All released wildlife were marked using the standard tagging system indicated in the Wildlife Rescue Center Manual of Operations for easier recognition upon sighting.

In case of encountering a wildlife, the DENR CALABARZON is urging the public to report the incident to the nearest DENR office in your area. Other Environment and Natural Resources-related concerns may also be reported via hotline 8888,  SMS to 09561825774/ 09198744369, email to This email address is being protected from spambots. You need JavaScript enabled to view it. , or send photos, videos, and other information via official Facebook Page of DENR CALABARZON: https://www.facebook.com/DENR4AOfficial/