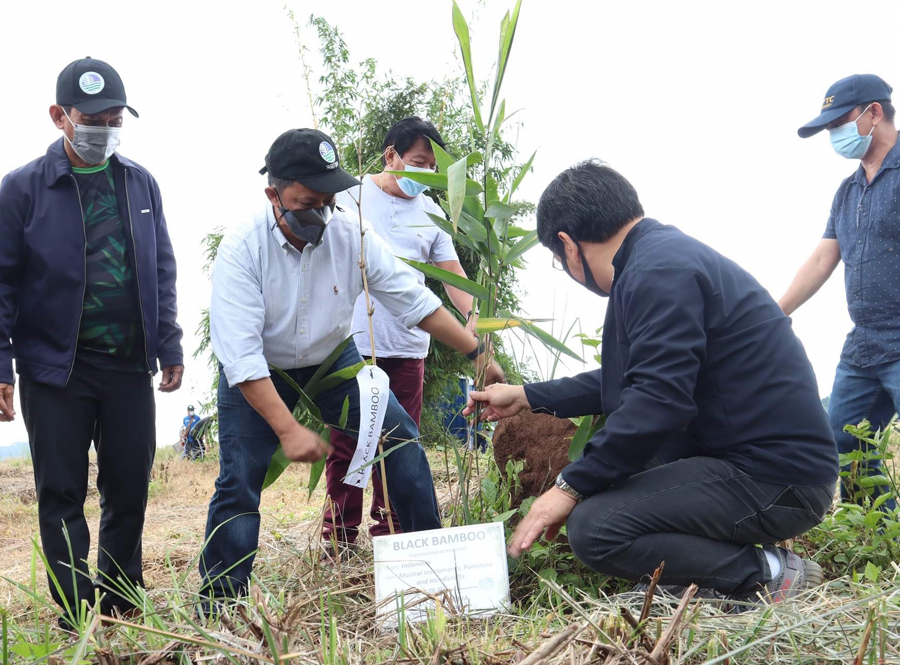 “This place was sacrificed long time ago as the waste basket of Metro Manila and I thank the people of San Mateo and Rizal for this. Rather than pointing fingers to people who are irresponsible in terms of solid waste, we would rather act on it. Kahit anong linis ng government kahit anong pondo ang ilaan, kung hindi magtutulung-tulong ang tao, wala pong mangyayari. Kung ayaw pong tumulong, ‘wag na lang pong magkalat”, DENR Undersecretary for Soldi Waste Management and Local Government Units Concerns Benny D. Antiporda said as he shared the history of the area subject for rehabilitation.

On the other hand Engr. William P. Cuñado, Director of the Environmental Management Bureau explained the rationale behind the activity. He said “We are now launching a very big project that will show cause for the environment in terms of rehabilitation and also for the economic view where we convert this area into an eco-park. We are going to embark on the greening of the Old San Mateo Sanitary Landfill by planting bamboo which is very appropriate in this area…The Old San Mateo Sanitary Landfill has already ceased its usefulness as a disposal site but it does not mean that we cannot restore it into something remarkable.”

Cuñado further discussed why bamboo is being used for the eco-park and the rehabilitation of the landfill. “Bamboo roots are used as a filter to draw out the toxic substances that will give you clear water. It has a built-in team of microbes that decompose toxic substances like tri  halo methane or chlorine. In that sense, the bamboo will greatly help us in purifying the water flowing through our rivers”, he shared.

In turn, Governor Rebecca Ynares of the Province of Rizal extended her gratitude to the DENR and EMB, through Vice Governor Reynaldo San Juan, Jr., for launching the project which she said will be an opportunity to correct the environmental issues in Brgy. Pintong Bukawe, San Mateo, Rizal. She said that the project of the EMB for the re-greening of the Old San Mateo Sanitary Landfill is truly a welcome development and will contribute to their intensified campaign in promoting a healthier ecosystem.###