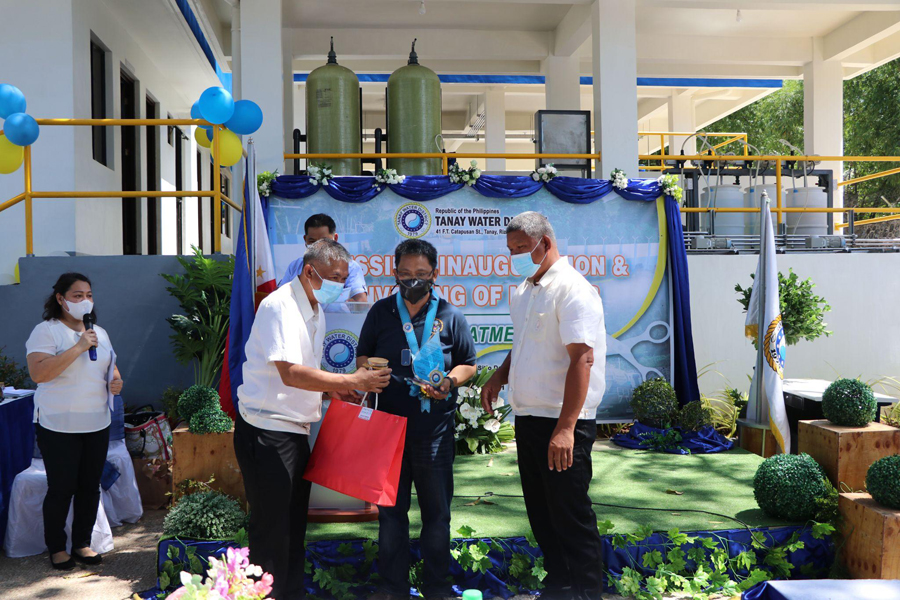 DENR CALABARZON Regional Executive Director Nilo B. Tamoria emphasized the current status of the country’s river during his keynote message in the inauguration of Tanay Water District’s Water Septage and Treatment Plant,  he said “According to the DENR Environmental Bureau, 49% of our country’s rivers are already polluted from agricultural, industrial, and domestic sources. Research shows that the majority of pollution of our water bodies is caused by domestic wastewater. In addition, illness caused by polluted waters in the country is at 31%”.

Moreover, Laguna Lake Development Authority Manager Jaime Medina revealed that according to studies only 74% of all households in the country have functional toilets.

“The inauguration shall mark the beginning of our collaborative partnership towards safer and clean waters here in Rizal. As RED of DENR CALABARZON, we also pledge to support and offer guidance for the responsible implementation and enforcement of the Philippine Clean Water Act of 2004”, Tamoria added.

An Official Groundbreaking Ceremony for the project was held last January 10, 2020. After almost 10 months, the Tanay Septage and Treatment Plant was established and ready for operationalization. ###