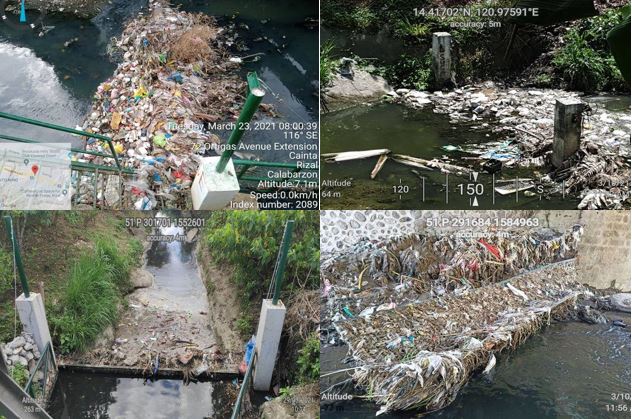 The trash traps installed by the Department of Environment and Natural Resources (DENR) CALABARZON Region were able to collect a total of 472,873.6 kg of solid waste on the first half of 2021, based on the consolidated waste collection data from the DENR-Manila Bay Site Coordinating and Management Office (MBSCMO) 4.

The wastes were collected from 52 trash traps established along selected waterways in the region, as follows: five along San Juan River in Batangas; eight along Labac and Zapote River Systems in Cavite; 16 along San Juan, San Cristobal, Cabuyao, Saran, San Diego, and Binan Rivers in Laguna; and 23 along Angono, Teresa, Cainta, Morong, Lazi, Taytay, Boso-Boso, and Hinulugang Taktak Rivers in Rizal.

As of June 30, 2021, a total of 82 trash traps and four trash nets were already installed along various rivers in CALABARZON. DENR-MBSCMO4 Deputy Regional Coordinator, Cynthia N. Rozaldo said they started establishing trash traps in 2014 along the Imus River in Dasmarinas, Cavite and Hinulugang Taktak River in Antipolo, Rizal. In 2018, four trash traps were constructed along Labac River in Naic, Cavite while two were installed along San Diego River in Nagcarlan, Laguna. And as part of the Manila Bay Rehabilitation Program of the DENR, the regional department through its provincial and community offices were able to establish a total of 74 trash traps and trash nets from 2019 to June 2021, while 11 are for installation in the succeeding months.

Regional Executive Director Nilo B. Tamoria is calling on the Local Governments to continue to take an active role in ensuring that solid waste management is prioritized and that our rivers are protected from various pollution sources. He also urges the public to quit throwing wastes anywhere as it would eventually go to the waterways and to the ocean.

The regional department will be holding coastal clean-up activities on July 16, 2021 in Brgy. 30, Cavite City and Long Beach, Noveleta, Cavite to intensify its information drive on the Manila Bay Rehabilitation Program. ###