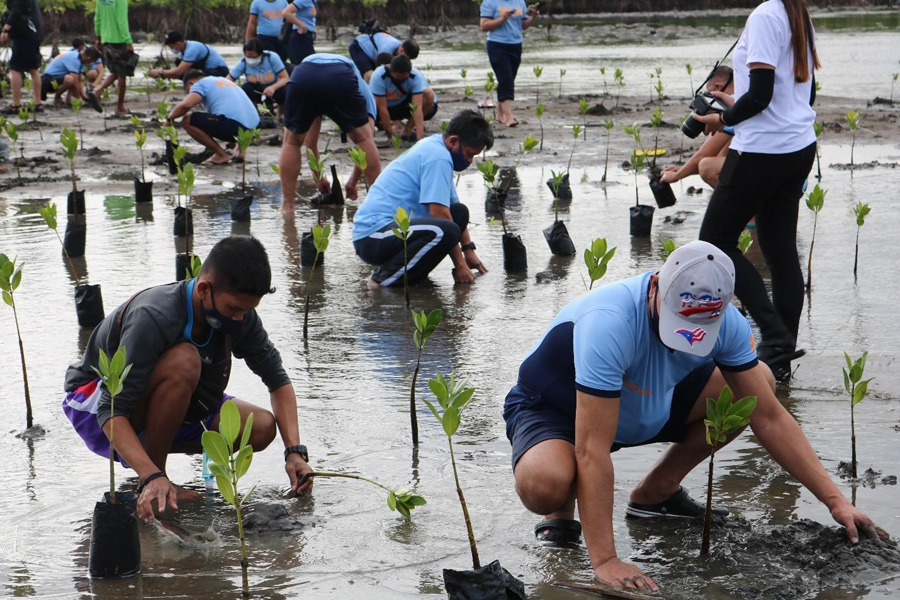 In his message delivered by DENR-CENR Officer, Calaca, Batangas Isagani Amatorio, In-Charge, Office of the Regional Executive Director and Assistant Regional Director for Management Services, Nelson Gorospe, said " the DENR CALABARZON have been tapped by various offices of the PNP for assistance in their tree planting activities in the past two months. As a matter of fact, this activity is already the fourth one, and we expect that there will be more in the coming months as part of the "Plant a Tree Program" of the PNP".

The regional department had previously provided assistance in the tree planting activities of the PNP conducted last January 31, and February 13 and 27, 2021.

Amatorio said the forest cover in the Philippines is about 7 million ha., of which, 4.3 percent or about 300,000 comprises mangrove forest. He added that the province of Batangas only has 600 ha. mangrove forest. Thus, he expressed his gratitude to the PNP-DICTM which is based in the National Headquarters, for choosing Batangas as the site for their tree planting activity.