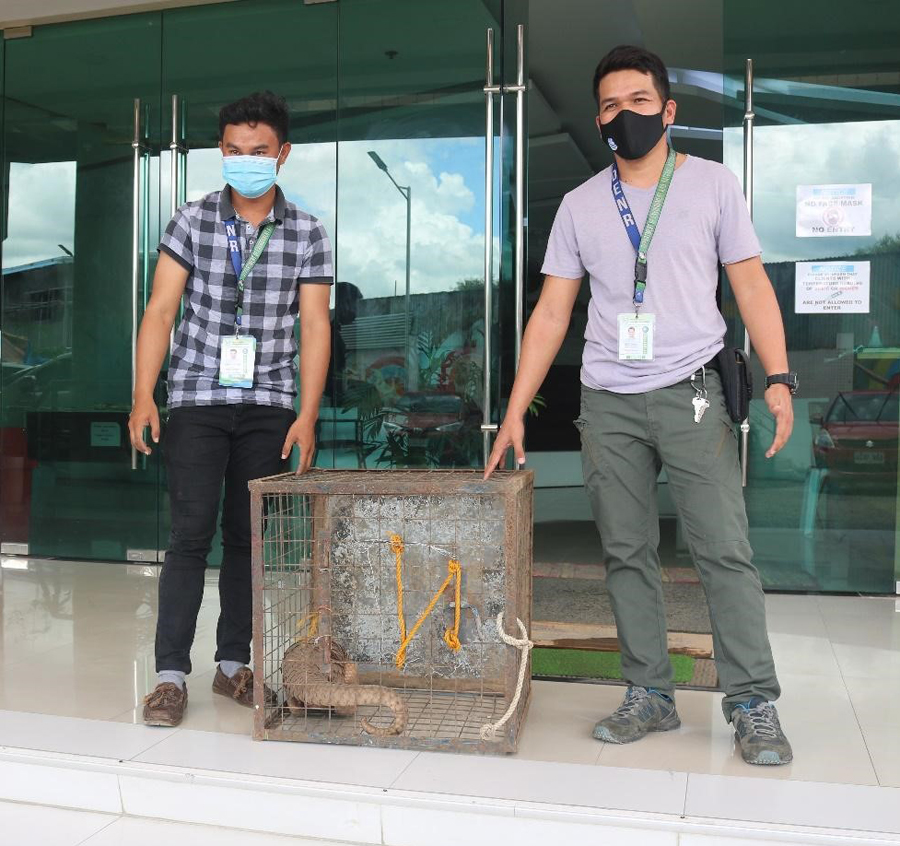 Calamba City, Laguna – One (1) male Philippine Pangolin (Manis culionesis) was turned over to the Community Environment and Natural Resources Office (CENRO) Calaca last July 14, 2020. The said pangolin was captured in the vicinity of Brgy. Tanggoy, Balayan, Batangas. Residents of the area coordinated with the Barangay Chairperson and the Municipal Environment and Natural Resources Officer for immediate rescue. The wildlife appears healthy and active

It was turned over to the DENR CALABARZON Regional Office last July 16, 2020 and was booked a flight to Palawan on July 20. The Palawan Council for Sustainable Development (PCSD) picked up the pangolin and is now with them for proper safekeeping, and a release program is already being prepared.

Under PCSD Resolution No. 15-521 and the IUCN Red List of Threatened Species, the Philippine pangolin species is listed as “critically endangered”. The IUCN also noted that the population trend of the Philippine Pangolin is decreasing due to frequent hunting of the said species.

It is also listed under Appendix I of the Convention on International Trade in Endangered Species of Wild Flora and Fauna (CITES). According to CITES, “This species qualifies for listing on CITES Appendix I because it is a country endemic that is threatened with extinction and is detrimentally affected by international trade and habitat loss.” 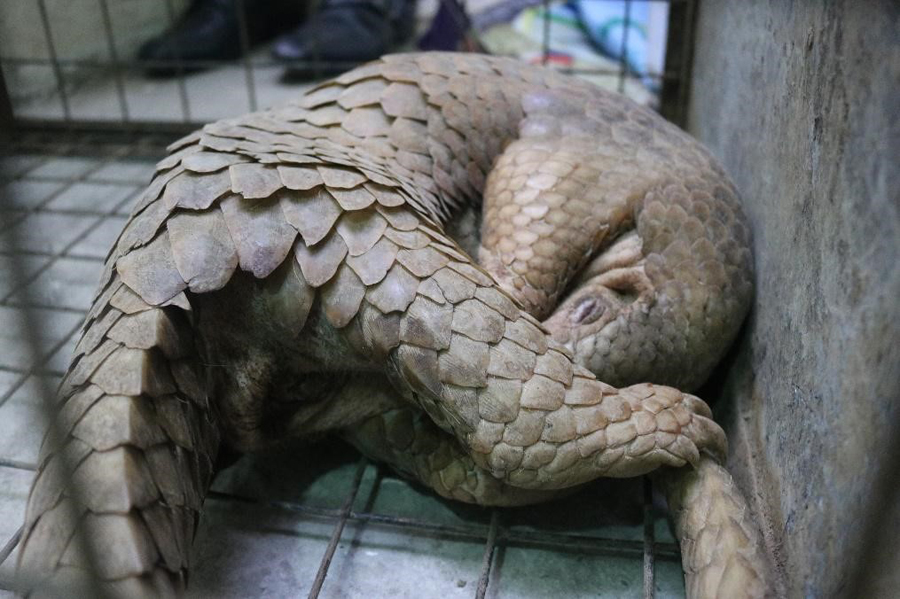 Engineer Olivia Bejo, Chief, Licences, Patents and Deeds Division of DENR CALABARZON, reminds the public that it is important to register wildlife, “to document actual wildlife in captivity; protect wildlife species in captivity from improper keeping, and protect the wild population against further illegal collection and depletion.” In addition, DENR Administrative Order No. 2019-09 has the updated list of threatened Philippine Fauna and their categories.

Regional Executive Director Nonito Tamayao underscored that “anyone who will be caught with possession of any wildlife species without necessary permits will be charged for violation of Republic Act no. 9147”. This RA is otherwise known as the Wildlife Resources Conservation and Protection Act.

DENR CALABARZON is urging the public to report Environment and Natural Resources-related concerns, especially illegal wildlife trading via hotline 8888,  sms to 0956 182 5774 / 0919 874 4369, email to This email address is being protected from spambots. You need JavaScript enabled to view it., or send us photos, videos and other information via undefined  ###