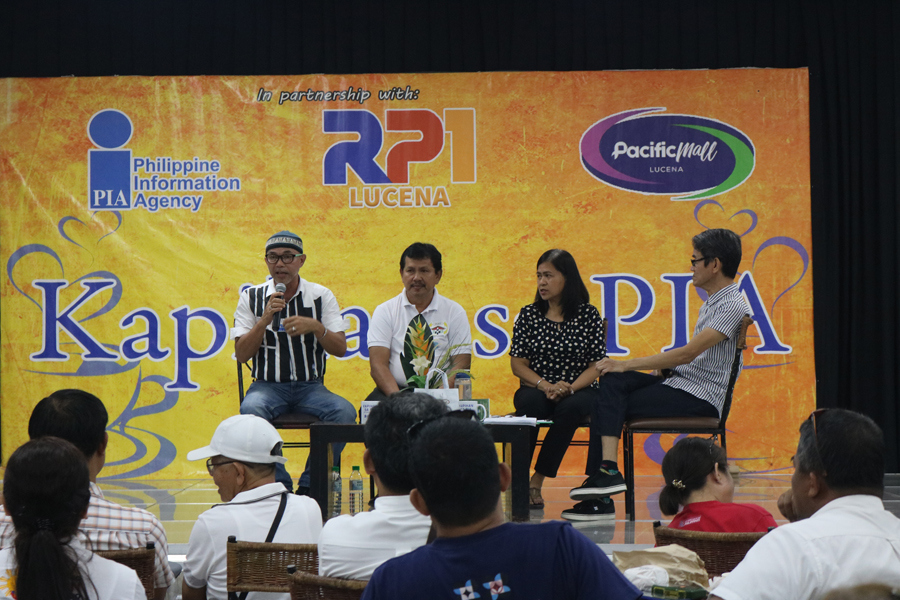 The DENR CALABARZON and EMB 4A, in partnership with the Philippine Information Agency (PIA) 4A, PENRO Quezon and the Federation of Lucena Homeowners’ Association, Inc. (FLHAI) held a Kapihan at the Pacific Mall in Lucena City last November 22, 2019. The Kapihan is a press conference facilitated by PIA Quezon Correspondent Mr. Lito Giron. FLHAI is encouraging more Homeowners Associations to encourage households to participate in the garden composting competition dubbed as Tayo Ang Kalikasan - Sustainable Regreening and Art of Composting (TAK-SRAC) in Lucena City. The competition was launched in June 2019 and has since become a household conversation topic. The participating households have significantly reduced their waste that would otherwise go to the sanitary landfill (SLF). Like other Provinces, Quezon has its own Ecological Solid Waste Management challenges including limited number of  operational SLFs. EMB4A Quezon PEMO staff (NAME) also provided a reorientation on RA 9003, more popularly known as the Solid Waste Management Act 2000.

The launching of the competition has gained traction from various Homeowners. Before and after photos of the competition participants were shown during the presentation. It is hoped that similar initiatives be replicated in other Municipalities.