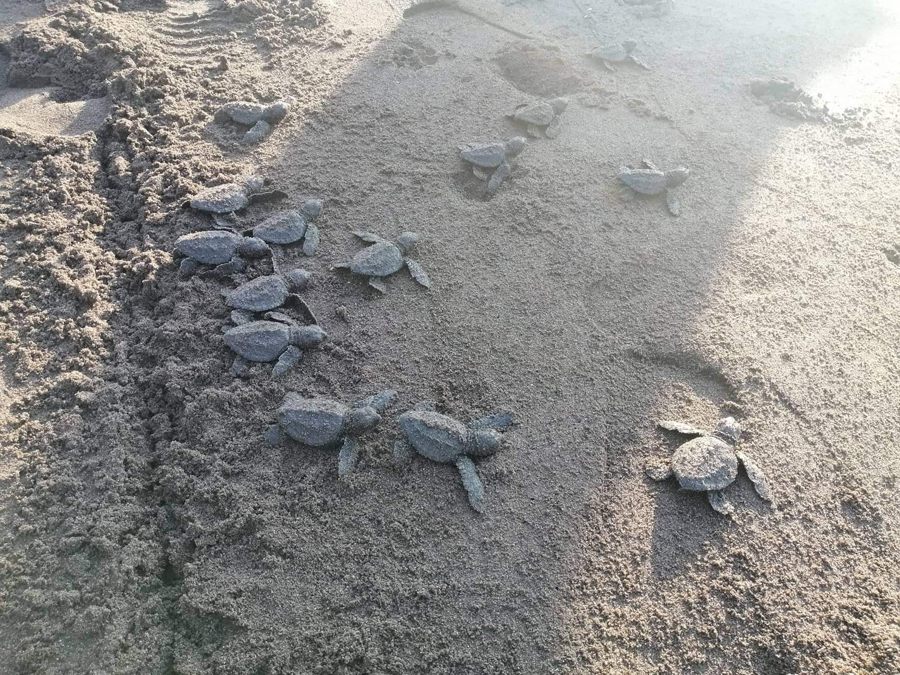 A total of 89 (out of the 92 eggs) hatchlings of Olive Ridley sea turtles (Lepidochelys olivacea) were released on November 5, 2019, at Brgy. Bignay 1, Sariaya, Quezon. This was made possible with the combined efforts of the Local Government Unit (LGU) of Sariaya, Tanggol Kalikasan, Bantay Dagat, Barangay LGU, Naval Investigation Service Unit, Bureau of Fisheries and Aquatic Resources - Fisheries Protection Law Enforcement Group, Office of the Municipal Agriculture Forest Law Enforcement Task Force, and DENR CENRO Tayabas personnel. The eggs were initially found along the shore of Brgy. Bignay 1, last September 5, 2019. There were three (3) addle eggs or locally known as “bugok”.

Five out of seven species of sea turtles nest in the Philippine waters. The Olive Ridley species is one of the five.

There are currently two established hatchery sites under the jurisdiction of CENRO Tayabas, located at Brgy. Guis-guis San Roque, Sariaya and at Brgy. Barra, Lucena City. There are currently 400 eggs under the care of Brgy. Bignay and 291 eggs in the hatchery in Brgy. Guis-guis San Roque. Ideal releasing of pawikan hatchlings is during the night or the early morning. ###