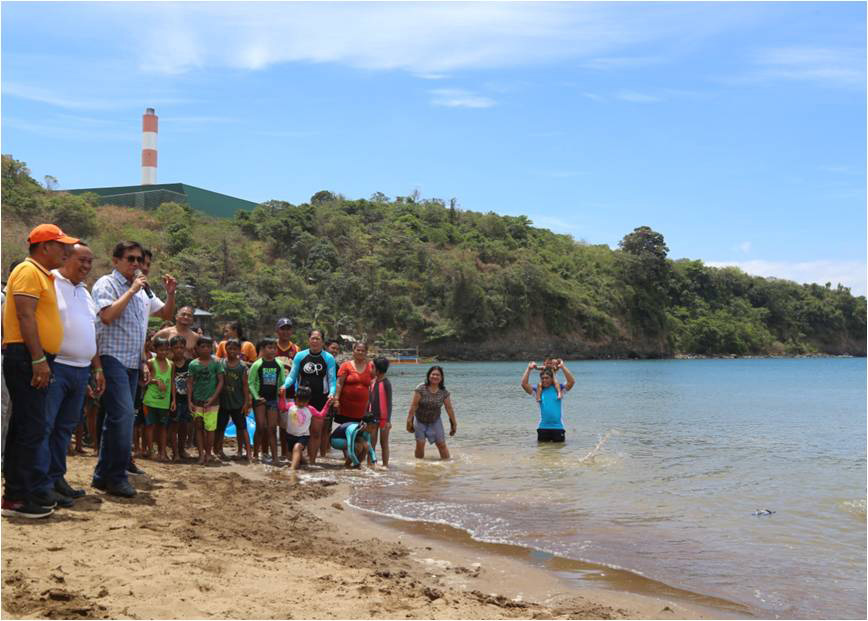 Environment Secretary Roy A. Cimatu (3rd from left) officially declares Aguawanbeach in Barangay Sisiman,Mariveles, Bataan as “Safe for Swimming” after its waters passed the water quality standard for fecal coliform at 100 most probable number (mpn)/100 milliliters (ml). Aguawanbeach, which lies along the 192 km coastline of Manila Bay, is the first to be declared as swimmable since the start of the bay’s rehabilitation in January. Cimatu made the ocular inspection of the beach Tuesday, April 9, urgingthe local government, residents and beach goers to help in maintaining its cleanliness. ###