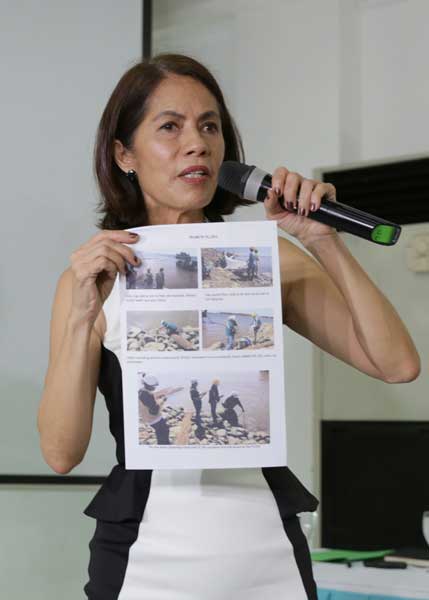 Environment Secretary Gina L. Lopez shows the media photos of a river in Palawan that became silted and ruddy because of the irresponsible mining activities in the province. According to Lopez, fishermen in the area have complained  of fewer catch  due to the poor river condition. The photos were part of the report submitted by the Palawan Council for Sustainable Development after conducting a water sampling activity in the area. ###