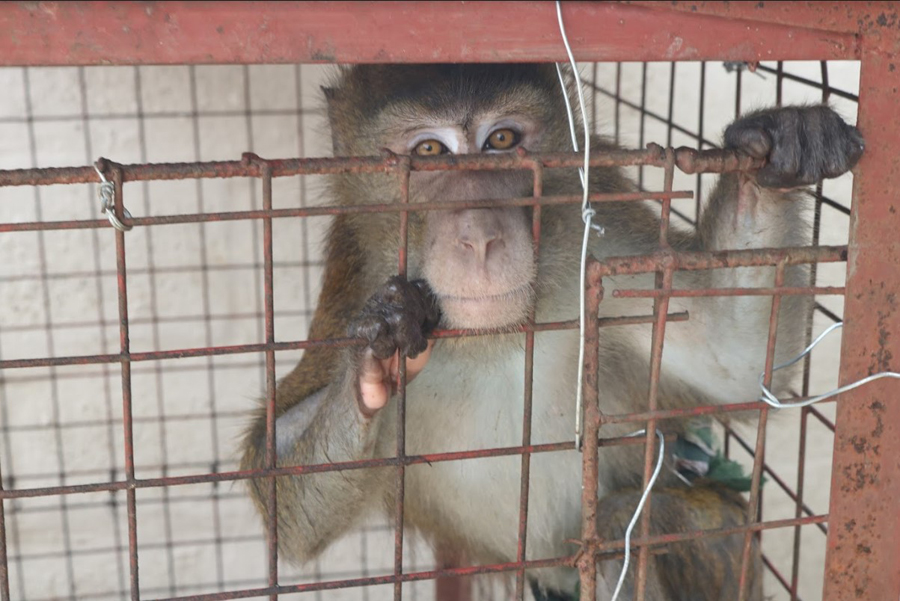 The Philippine Long-tailed Macaques, commonly known as Philippine monkeys, are found in Southeast Asia, have grey-brown to reddish-brown body fur and can weigh up to 4.8 to 7 kg for males and 3 to 4 kg for females. This species are mostly found near bodies of water such as swamps and mangroves as they are observed drinking a lot of water and eating crabs.

On the other hand, the reticulated python is known as the world’s longest snake. They can grow over 16 feet long for females and 10-14 feet for males. This snake is nonvenomous and native to South and Southeast Asia.

According to DENR Administrative Order (DAO) 2019-09, the conservation status of the reticulated python is listed as other threatened species which means that this species is vulnerable to disappearing in a period ranging from 5 to 100 years while the Philippine monkey was declared by the International Union for Conservation of Nature (IUCN) as endangered species which means that it is already threatened by extinction due to its rapid decrease in its population.

Furthermore, these wildlife species shall be transported to the Biodiversity Management Bureau (BMB) for proper care.