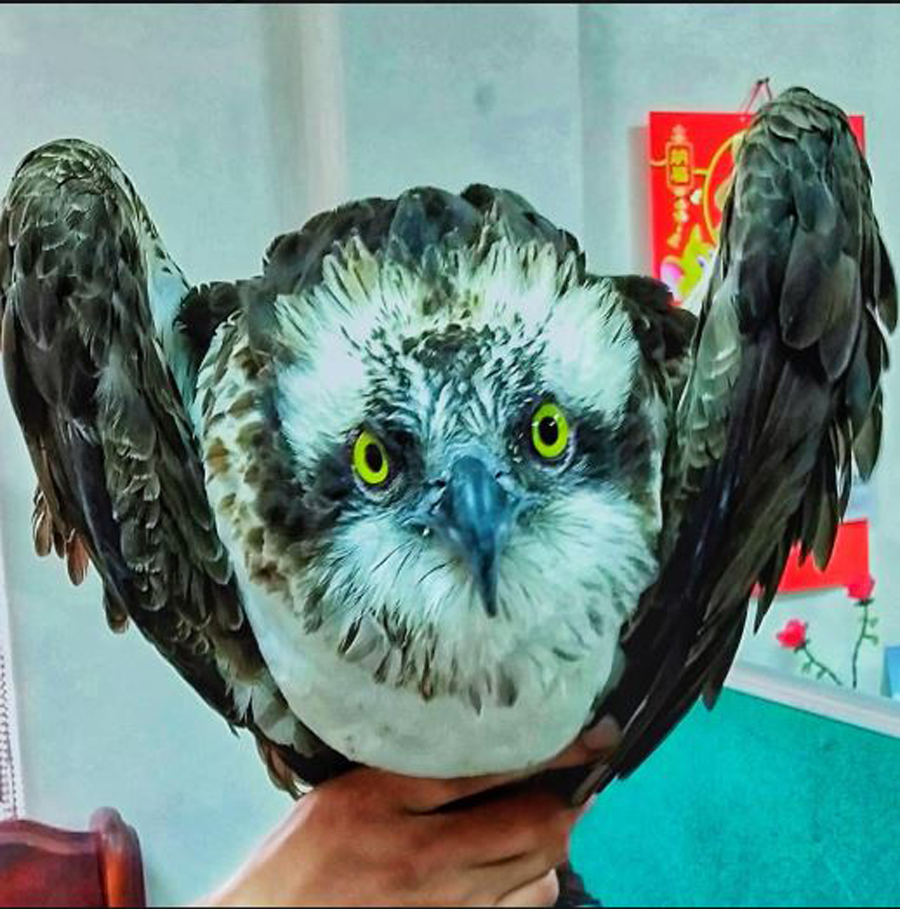 The Councilor Mr. Donie Carballo (Kagawad) responded to help an Osprey (Pandion haliaetus) hovering above Laguna Lakeshore that had gotten itself hit the fish trap (Baklad) at Brgy. Sipsipin, Jalajala Rizal.The Frightened bird was then turned over at Municipality of Jalajala for emergency care last April 17, 2020.

April 20, the Osprey who spend weekend in the care of LGU officially handed over to PENRO for documentation and assessment.

The Osprey - also commonly referred to as "Seahawk", Fish Hawk or Fish Eagle is a long-winged, medium-sized, fish-eating raptor with a worldwide distribution.

It was immediately transported to Wildlife Rescue Center at Biodiversity Management Bureau (BMB) where it is now being treated for the injuries on its wings caused by the flight accident at the fishing trap.