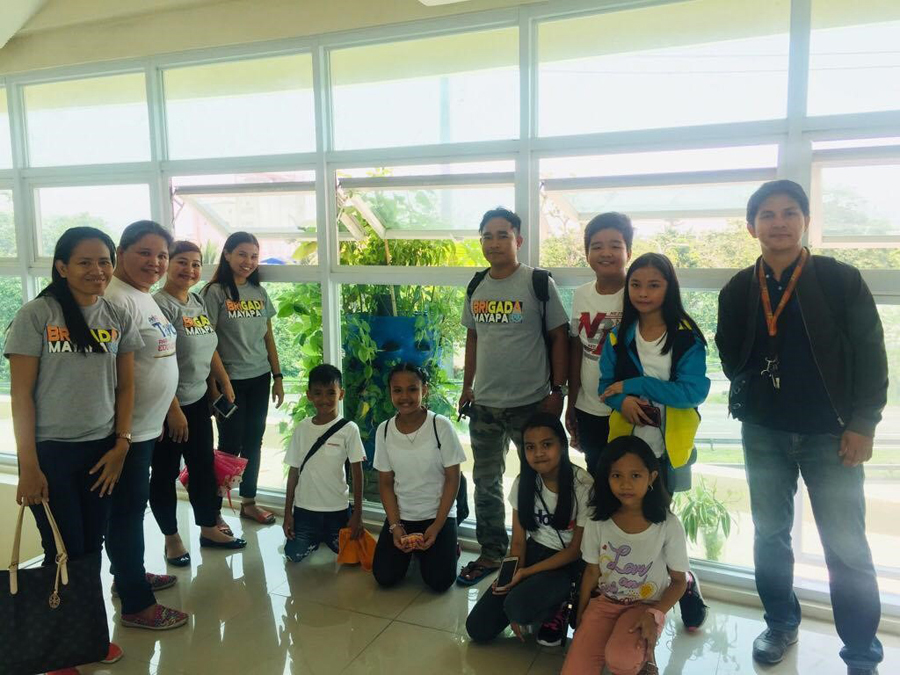 As the Department of Education (DepEd) heads off with the implementation of the National Brigada Eskwela 2019 Program last May 20, 2019, the Department of Environment and Natural Resources (DENR) CALABARZON gently reminds all Brigada Eskwela volunteers of the program within the region to thoughtfully practice solid waste management (SWM) and strictly no burning of wastes. The DENR CALABARZON Regional Strategic Communications and Initiatives Section and the Youth Desk Office is conducting environmental talks to highlight these challenges. In addition, DENR field offices will dispatch personnel to visit and inspect public schools to ensure that SWM is implemented and that there will be no open burning of wastes.

SWM is the Department’s commitment with the DepEd for this year’s program themed “Matatag na Bayan Para sa Maunlad na Paaralan”, to end on May 25, 2019.

The week-long event, which involves maintenance and improvement of facilities of all public schools nationwide, is expected to create mounds of wastes such as empty paint and varnish cans, wall papers and classroom decors made of paper materials, and plastic sachets of floor wax and other cleaning materials, among others. The only way to reduce waste going to landfills is by segregating, reducing plastic use and by establishing composting bins and areas in their gardens.

In Mayapa Elementary School in Calamba, Laguna, they are setting up more gardens inside the facility and would like to make full use of their composting bins. They are planning to have a mix of herbs, flowering plants and other vegetables. DENR CALABARZON is committed to provide several flowering trees as soon as they are able to determine areas where the trees can be planted.

The Brigada Eskwela Program or the National Schools Maintenance Week was institutionalized by virtue of the DepEd Order No. 24, Series of 2008.###

DENR CALABARZON is urging the public to report establishments/ restaurants selling Tawilis during the closed season, from March 1 until April 30. What you may be ordering may have been frozen since February.

The IUCN has listed Sardinella tawilis as an endangered species. During the Tawilis Summit held last February 19 at the University of Sto. Tomas, España, Manila with the theme: “4TS: Talakayan Tungkol sa Tawilis at Taal”, the Philippine Society for Freshwater Science (PSFS) ended with an official statement of support for the conservation and sustainable management of Sardinella tawilis and Lake Taal. The highlights of the statement as follows:

The DENR is urging the public to report establishments/ restaurants selling Tawilis during this closed season via sms to +639456215007/ +639083340224, email This email address is being protected from spambots. You need JavaScript enabled to view it. or send us photos, videos and other information via https://www.facebook.com/DENR4AOfficial/ #DENRCalabarzon #TayoAngKalikasan

FS Suntan Sand Corporation has an ongoing quarrying and dredging operation in the area covered by its Industrial Sand and Gravel Permits issued by MGB.

MGB will issue a Cease and Desist Order against Seagate Engineering and Building Systems to ensure that no dredging/siphoning activities will be conducted without necessary permits. The Philippine Coast Guard is also requested to conduct constant monitoring. The effectivity of the ECCs are premised on the subsequent compliances with other conditions.

DENR CALABARZON Regional Executive Director Maria Paz Luna has ordered a review of all ECCs in Region 4A as to their subsequent compliance with conditions and to notify noncompliant holders of their deadlines, after which such noncompliance will render the ECC invalid. To date, EMB CALABARZON has suspended the ECC of Seagate.

The river drains to Verde Island Passage which owes its diversity to the rivers that feed it. It has been declared the “Center of the center of marine shorefish biodiversity in the world” by Dr. Kent Carpenter, an IUCN Global Marine Species Assessment Coordinator (and Victor Springer of the Smithsonian Institute).

DENR CALABARZON is urging the public to report other environment and natural resources related cases via sms to +639456215007/ +639083340224, email This email address is being protected from spambots. You need JavaScript enabled to view it. or send photos, videos and other information via https://www.facebook.com/DENR4AOfficial/ #DENRCalabarzon #TayoAngKalikasan

After fifteen (15) years of restricted access to the public, Mts. Banahaw – San Cristobal Protected Landscape (MBSCPL) has already shown signs of improvement, but has not yet fully recovered. Thus, the continued closure on certain areas of the park has been set by the park’s management board as it falls within the Strict Protection Zone (SPZ).

This was announced today by DENR Regional Executive Director Atty. Maria Paz G. Luna, of CALABARZON Region saying that the Protected Area Management Board (PAMB) for Mts. Banahaw and San Cristobal Protected Landscape (MBSCPL) has decided to impose the closure order until such time that the Local Government Unit (LGU) particularly the barangay/s concerned are fully prepared, trained and ready to handle visitors, able to implement the carrying capacity of the areas frequently visited, capability to handle disaster risk reduction management and trail hazard assessment.

It was in 2004 when the board issued a resolution declaring specific areas in the protected area as closed to the public, starting from the different puestos (sacred places) of Barangay Kinabuhayan, Kristalino Falls, Dungaw, Tatlong Tangke then back to Kinabuhayan on the side of Dolores, and from Barangay Bugon, puesto of Pagbuga up to Dulong Ilaya in Barangay Concepcion-Pinagbakuran and Concepcion-Banahaw on the Sariaya side, both in Quezon province.

In March 2006, public entry was restricted in five more areas in Laguna. These are Barangay Bukal in Nagcarlan; Barangays Ilaya Sungi and Novaliches in Liliw; and Bukal and Taytay in Majayjay. In 2013, Mt. Cristobal was completely closed due to a fire incident.

For this Holy Week, MBSCPL Park Superintendent Sally Pangan said that more than 200 mountaineers from various local groups such as the Ugnayan ng Mamumundok ng Banahaw, San Pablo Mountaineers, Tanaka-Laguna, Buhawi, Tayabas Montaineers, and the Banahaw Dolores Outdoor Club, volunteered to provide extra manpower in regulating the movements of pilgrims and visitors, and to prevent anyone from “slipping” into restricted areas.

“We will be patrolling the whole protected area throughout the Holy Week, in cooperation with the local government units, the police force, volunteer groups, radio groups and many more,” Pangan said.

Also according to Pangan, a command post has already been set up at the Protected Area Management Office (PAMO) in Barangay Kinabuhayan, where people visiting other parts of the protected area are required to individually register and listen to a brief orientation on the proper conduct inside the park.

Pangan also said that the PNP has already imposed a curfew in the park from 10 pm untill 4 am and that strategic check points have also been set up and will be manned 24 hours to prevent crime and other untoward incident.

“No roaming will be allowed after 10 p. m., and that vandals will be dealt with accordingly,” she stressed.

Acts that constitute vandalism, according to her, include picking or mutilating of plants, fruits and flowers, writing and engraving on trees and walls, altering or defacing facilities, boundary markers and park signs. There is no waste disposal facility in the park and campers are prohibited from littering or leaving trash in the park. Campers are urged to keep their area clean and sanitary at all times. In case of emergency in the Park, contact the Park Superintendent immediately at 09106368024. 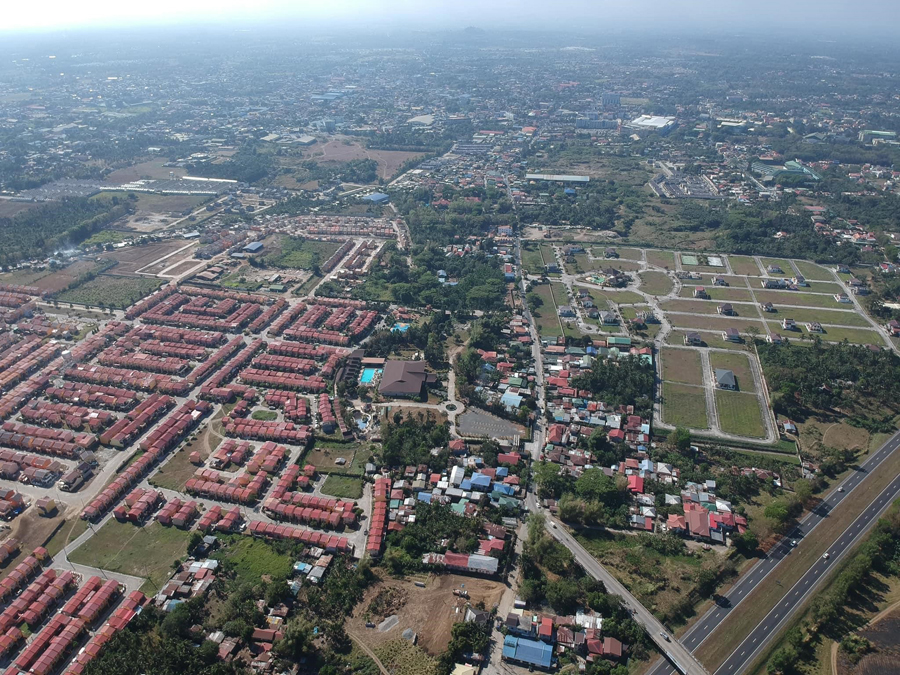 There are two (2) holders of the Integrated Forest Management Agreement (IFMA) in the CALABARZON Region. These are International Hardwood & Veneer Corporation of the Philippines (INTERWOOD) and AGM Ventures Enterprises, Inc., both located in Quezon, Province. IFMA is issued by the Department of Environment and Natural Resources (DENR)  to “qualified applicant wherein the DENR grants to the latter the exclusive right to develop, manage, protect and utilize a specified area of forestland and forest resources therein for a period of 25 years and may be renewed for another 25-year period, consistent with the principle of sustainable development and in accordance with an approved Comprehensive Development and Management Plan (CDMP) and under which both parties share in its produce.” DAO No. 99-53 . The IFMA holders are allowed to cut trees in their specific area but are required to replace the trees that had been cut.

DENR CALABARZON Regional Executive Director Ipat Luna aims to green the region with more trees planted and she is encouraging private real estate developers to allocate more open spaces, aside from planting strips, to be planted with native trees. As stated in the the revised  Implementing Rules and Regulations (IRR) of Batas Pambansa (BP) 220:

“Planting strips as required under PD 953 and its Implementing Rules and Regulations shall be observed in accordance with the following road specifications:

Note: Refer to Supplemental Rules and Regulations to Implement PD 953 Tree Planting. – Every owner of existing subdivision is required among others to plant trees in designated area as per Resolution No. R-532, series of 1993. (Approving the Rules and Regulations Implementing PD 953 “Requiring the Planting of Trees in Certain Places and Penalizing Unauthorized Cutting, Destruction, Damaging and Injuring of Certain Trees, Plans and Vegetation”).

Farmers and entrepreneurs may also benefit from the recently release guidebook on Sustainable Tree Farming of the Forest Foundation Philippines in collaboration with a sustainability communications agency called DRINK. The guidebook contains a list of possible venture partners and resources and may be accessed and downloaded from this link: Sustainable Tree Farming Guidebook.

DENR CALABARZON is urging the public to report Environment and Natural Resources-related, especially illegal logging operation cases via hotline 8888,  sms to +639456215007/ +639083340224, email to This email address is being protected from spambots. You need JavaScript enabled to view it. or send us photos, videos and other information via https://www.facebook.com/DENR4AOfficial/ #DENRCalabarzon #TayoAngKalikasan